Without authorisation, on the night of Thursday 16 to Friday 17, James Colomina installed a sculpture of Eric Zemmour in the Louvre.

The sculptor wants to question the presence of the latter in the political debate.

“A Father Christmas hat on his head, dressed in a suit and tie, Eric Zemmour comes out of a pot, like a devil out of a box.”

The engaged artist talks about his work, which he called « THE GUEST »

“It represents the “surprise guest” of Christmas, because everyone will have an opinion on Zemmour. I chose the Louvre, a symbol of culture, to ask us about the presence of this guest in the near future.”

With an ounce of cynicism and derision, James Colomina challenges us and wants to provoke reactions in order to advance the debate… a few months before the French presidential elections.

>> DISCOVER THE ARTWORKS OF JAMES COLOMINA 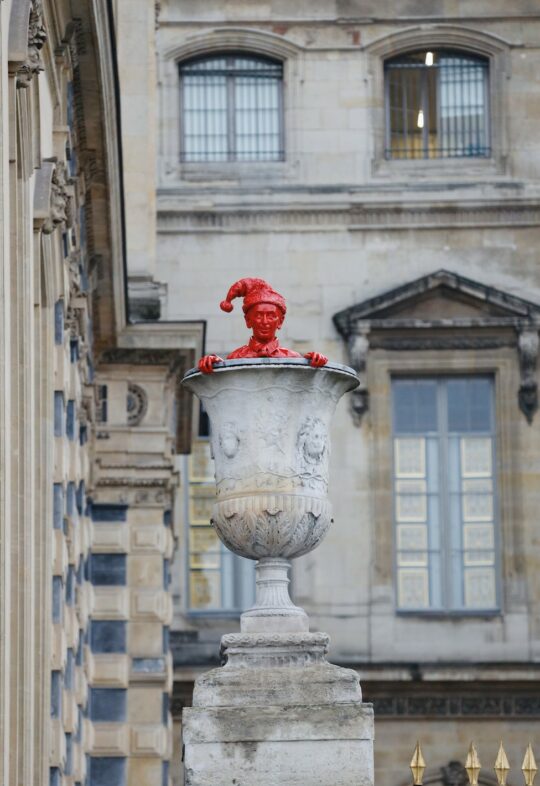