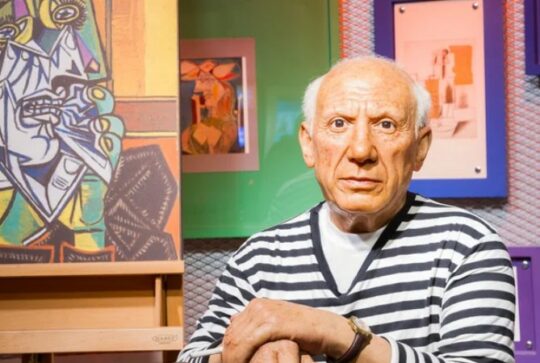 Pablo Picasso was born in Málaga, Spain, to Don José Ruiz y Blasco and Maria Picasso y Lopez. His baptismal name is much longer than Pablo Picasso’s and, according to traditional Andalusian custom, he honored several saints and relatives.

His final move to France in 1904 coincided with the maturation of the “pink period”, characterized by images of circus and harlequins. From 1907, he became known as a precursor of Cubism.

Although very attached to Spain, Picasso chose voluntary exile to settle in Paris, where he became the focal point of the Paris School, then in the south of France. A fervent opponent of Franco’s regime, which he attacked in his art, he did not want to return to his native country during the dictator’s lifetime.