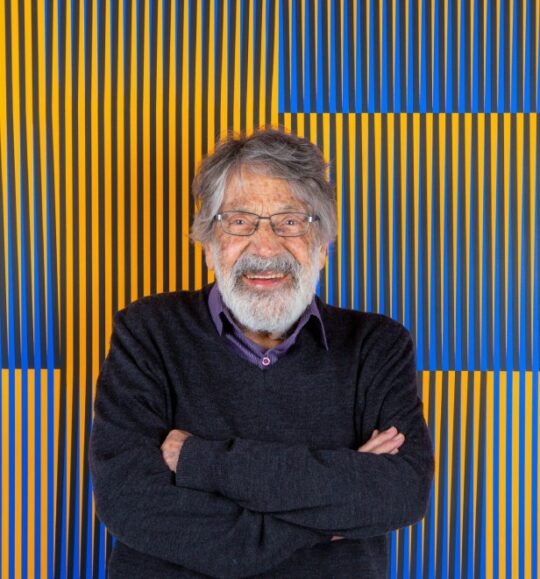 Carlos Cruz-Diez was a French artist of Venezuelan origin born on 17 August 1923 in Caracas and died on 27 July 2019 in Neuilly-sur-Seine. He is considered one of the greatest representatives of optical and kinetic art in the world.

His research and proposals brought a new understanding of the chromatic phenomenon to art, making him one of the most important kinetic artists of our time.

He succeeded in demonstrating that colour, in interaction with the observer, becomes an autonomous reality that exists without the aid of form or the need for a support. In more than 70 years of artistic career, Carlos Cruz-Diez has developed eight researches on the autonomy of colour.

He has made more than a hundred artistic integrations in public spaces and his works are part of the permanent collections of the Museum of Modern Art (MoMA), New York; Tate Modern, London; Centre Pompidou, Paris; Museum of Fine Arts, Houston, among others. He has founded three art studios, in Caracas, Paris and Panama, and the Cruz-Diez Art Foundation in Houston. He has received the Legion of Honour, among other awards and recognitions.