Galeries Bartoux
‹ Back to the artists
See all artworks 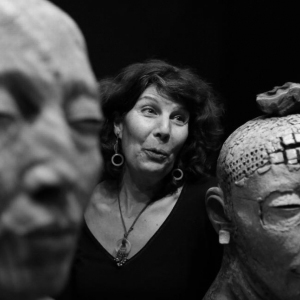 The work of Gaelle Weissberg has its roots in a love of the philosophies and cultures of various indigenous peoples throughout the world. Her bustes, appreciated for their strong “presence”, are ancient, present, and futuristic at the same time. A boiling , balancing act between primal energy and scientific rationality.