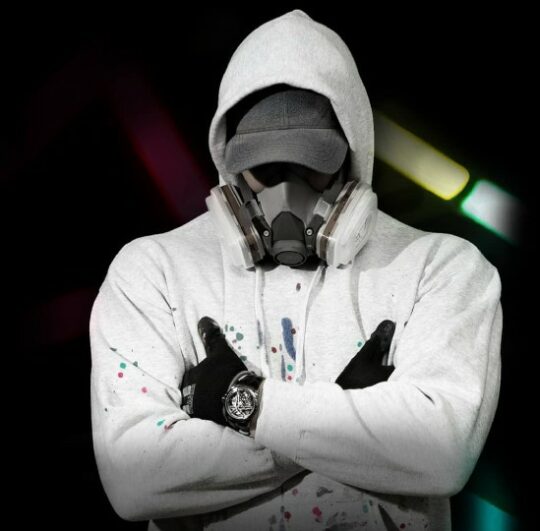 Gully is a French artist and graffiti artist born in 1977 in the Val-d’Oise, near Paris.
He practiced graffiti intensively from 1992 to the middle of the 2000s and then decided to change his pseudonym to become a studio artist in order to remain anonymous.
Gully mixes all currents, from hyperrealism to pop art, surrealism and cubism to create a facetious and narrative pictorial work that crosses the history of art with the eyes of children.
Gully’s work falls into several categories: mixed media on canvas, a mixture of oil and acrylic paints, markers and sprays, and works on paper, often using acrylics.
A key figure in painting, the child has had an important influence on modern and contemporary art, offering a glimpse into the evolution of his status in society through the ages until his consecration in the 20th century when he became a true source of inspiration.