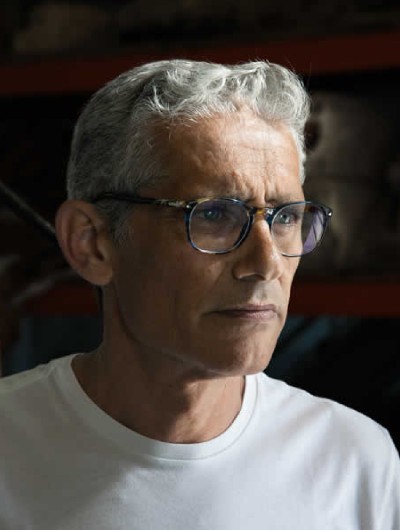 Bruno Catalano is a French sculptor born in 1960 and is best known for his “Travellers” series.

The universal theme of travel has always inspired Bruno Catalano. Since he began kneading clay, hundreds of “Travellers” have been created by his feverish hands, populating his studio in anticipation of an unknown destination.

If his first works, compact and conventional, were linked to the earth element, the series that followed gained in expressiveness and finesse.

Until these astonishing pieces, dotted bodies whose determined lack of volume invites the eye to mentally reconstitute their limits.

Thus, Van Gogh always leaves, his suitcase in hand, for the Provençal countryside, but it is in an almost abstract lightness, open to the wind and the light.

Is it not our destiny that Bruno Catalano gives us to see and to meditate on? For through his statuary, the adventure of the human race is replayed, always between two shores, pushing back all borders.