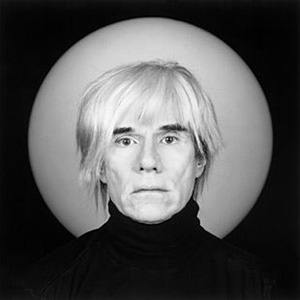 After graduation, he moved to New York where he worked as a graphic designer for the biggest magazines in fashion. He came in contact with a world where the advertising object is presented as accessible to everyone, regardless of social class or level of education.

Realizing the power of these stereotypes, depersonalized and yet familiar, Warhol exploited them and used them as a subject for his work. The work of Andy Warhol is recognizable at first glance.

The face of Marilyn Monroe and Jackie Kennedy, the Campbell soup can and the bottle of Coca-Cola became mere objects to everyone by their nature of mass consumption objects, losing any subjective value to become simple images to consume.

Far from being repetitive and monotonous, the art of Warhol became a myth and a reflection of American consumer society. Neurotic, surrounded by addicts, Warhol changed the role of the artist just as did Leonardo Da Vinci in the sixteenth century and Courbet in the nineteenth century.

With Warhol, the artist is no longer a solitary genius, expressing intimate and intense emotions (like Picasso and Pollock), but becomes a talented artist with a strong sense of business – equal to movie stars and directors from Hollywood and Madison Avenue advertisers.