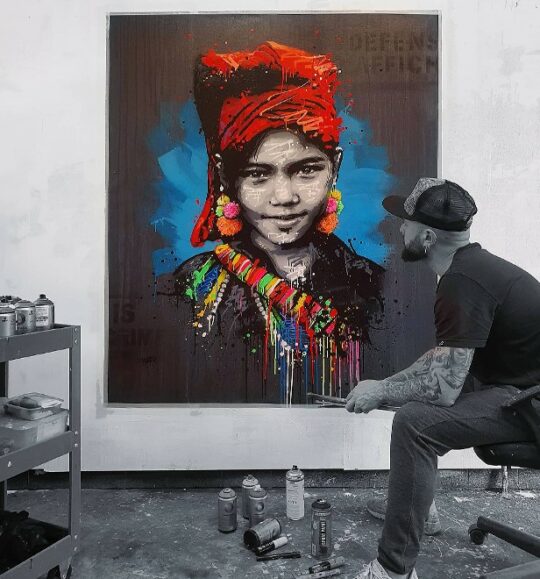 Seaty is a French artist born in 1983. His personal quest for identity and his thirst for freedom led him, at the end of the 90s, to the discovery of the hip-hop movement. This cultural, musical and artistic movement brought him to discover graffiti tag  Art, which became his main interest. He began his first tags in the street and appropriates walls from his youngest age, where he realized his first “wild creations”.

From 2008, with his experience in open-air graffiti, he chose to give a new direction to his work. Entirely self-taught, his work evolves more precisely, while preserving the codes of urban culture.

In 2012, he decided to live off his passion and devoted himself entirely to his art. Over time, multiplying exhibitions, he was able to develop his own style, his painting becomes then more personal. Inspired by his emotions and his experience, he wants to share with the public his vision of urban art, which is very rich, from which he draws his inspiration. His canvas reveal a painting full of emotions with no limit.