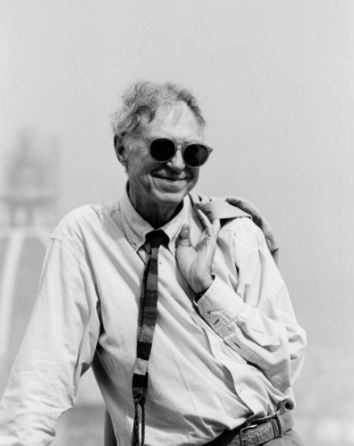 Jean-Michel Folon, a Brussels artist born in Uccle on 1 March 1934 and died on 20 October 2005 at the age of 71 in Monaco. He worked on many materials and created in various forms: tapestry, paintings, postage stamps (in 1982, the French post office published two stamps illustrated by the artist), theatre sets, etc.

From the 1960s onwards, he produced his first drawings which propelled him to the forefront of the world art scene. In the United States, renowned publications, such as Horizon, Esquire, and The New Yorker, published his drawings without even having met him. In 1969, he had his first exhibitions in New York.

Draftsman, painter, poster artist, sculptor, scenographer, stained-glass designer and director. Folon, a multidisciplinary artist, will exhibit his works all over the world in the most prestigious museums, from the United States to France, Japan, Italy, Argentina and Great Britain. He illustrates the literary works of famous writers and poets, such as Franz Kafka, Ray Bradbury, Boris Vian and Jacques Prévert, and creates large scale wall decorations, notably in Milan, Rome and London.